Thomas Dowtair is the most logical, practical man you will ever meet. He excels at mathematics, scientific theory and rarely can be bested in a game of chess. He is skeptical and a hard sell on stories of monsters and the undead, although he knows all too well they exist. He theorizes that there is a scientific reason for the existence of these creatures and supernatural justifications are fairytales.

It is odd that a man like this would find himself involved in a religious crusade, let alone one of five members of a specialized group of religious warriors. It is his friendship with The Believer that led him down this path. The Believer saved Thomas from certain doom at the hands of a band of reanimated corpses. Thomas is a cunning and skilled warrior. His weapons of choice being suited for the long range attack, but he was outnumbered and if there is one thing Thomas understands its numbers. He knew he wouldn’t survive. The Believer stepped in and the two fought well together, returning the undead to the grave. 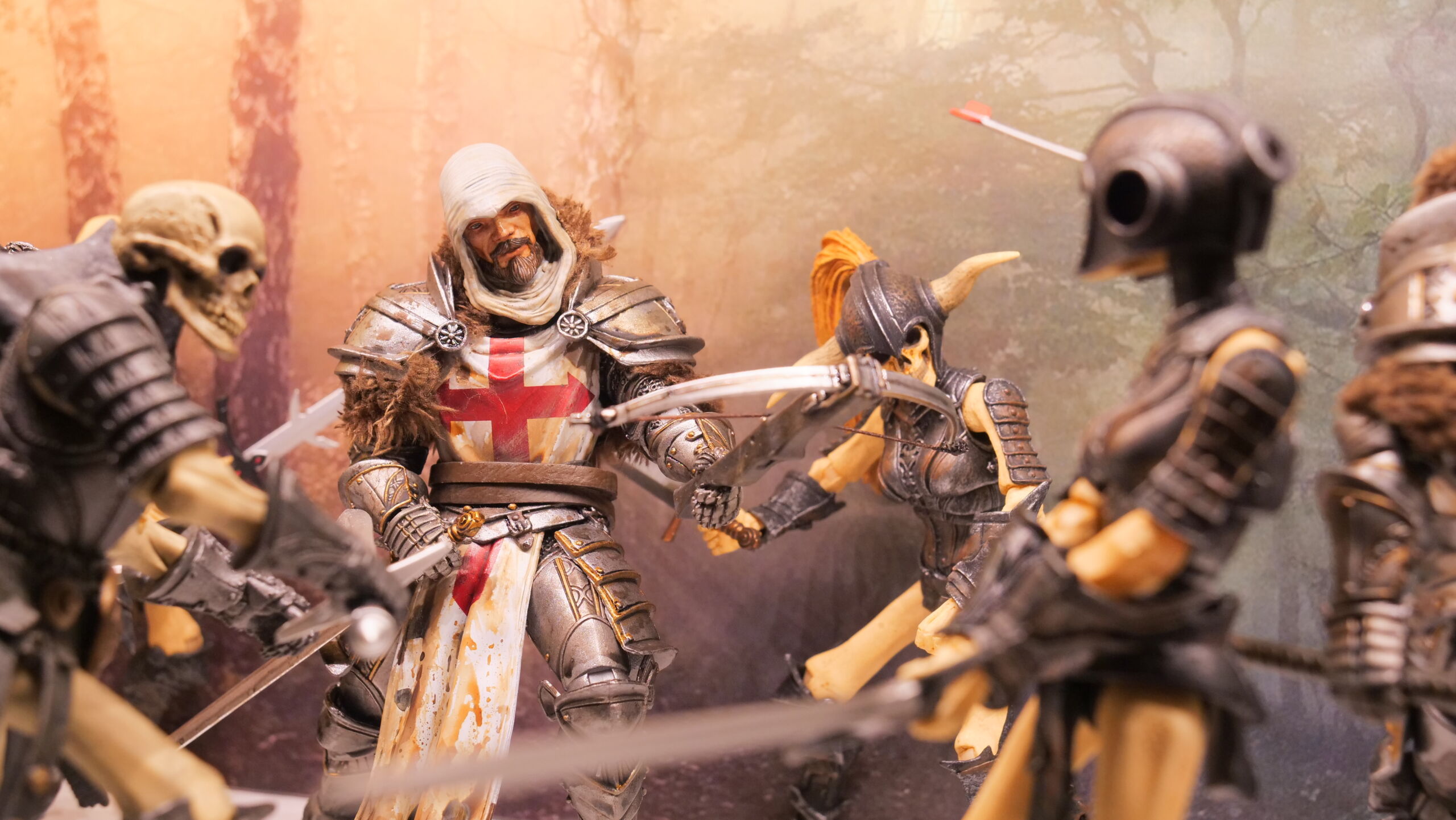 The friendship is truly the most unlikely pairing you could imagine. A man who questions everything and another convinced of higher power and spirituality. The Believer bestowed the name “The Faithless” onto Thomas and believes his faithless friend’s logical views on theology are a welcome test of The Believer’s own faith.

Many believe the true reason The Faithless remains tolerated, is due to his gift of tactical analysis. If you find yourself surrounded by vampires, orcs, and walking skeletons, the faithless is the guy who will put together a purely logical plan to get you out alive and in better position to ultimately win the battle decisively. After the fighting is done and the rest of the team prays to give thanks for the salvation they have just received, The Faithless calmly waits with his chess board ready for his next victim.