The Redeemer is blind. He rarely speaks. Most of the time he seems distracted. He keeps up with the group just fine, sticking close to the Judge. The Judge helps the Redeemer navigate the world without sight, brings him his food, and reads him scripture. The Judge believes that taking care of a sightless man is another way to atone for the sins of his youth.

The origin of the Redeemer is unknown, but his involvement with the group began while the Judge and the Believer were on a witch hunt. They were looking for a particularly powerful witch that was known to experiment on humans with her magical spells deep in the forest. After hours of searching, the two men split up. The Judge stumbled upon a straw hut, decorated with animal and human skulls. He cautiously entered the hut and saw the evil witch. She appeared to be nursing a man back to health while chanting strange incantations. Suddenly the witch became aware of the Judges presence, she spun around and quickly recognized his armor. She knew he meant danger to her and viciously attacked him with spells, throwing blasts of unholy energy at him. 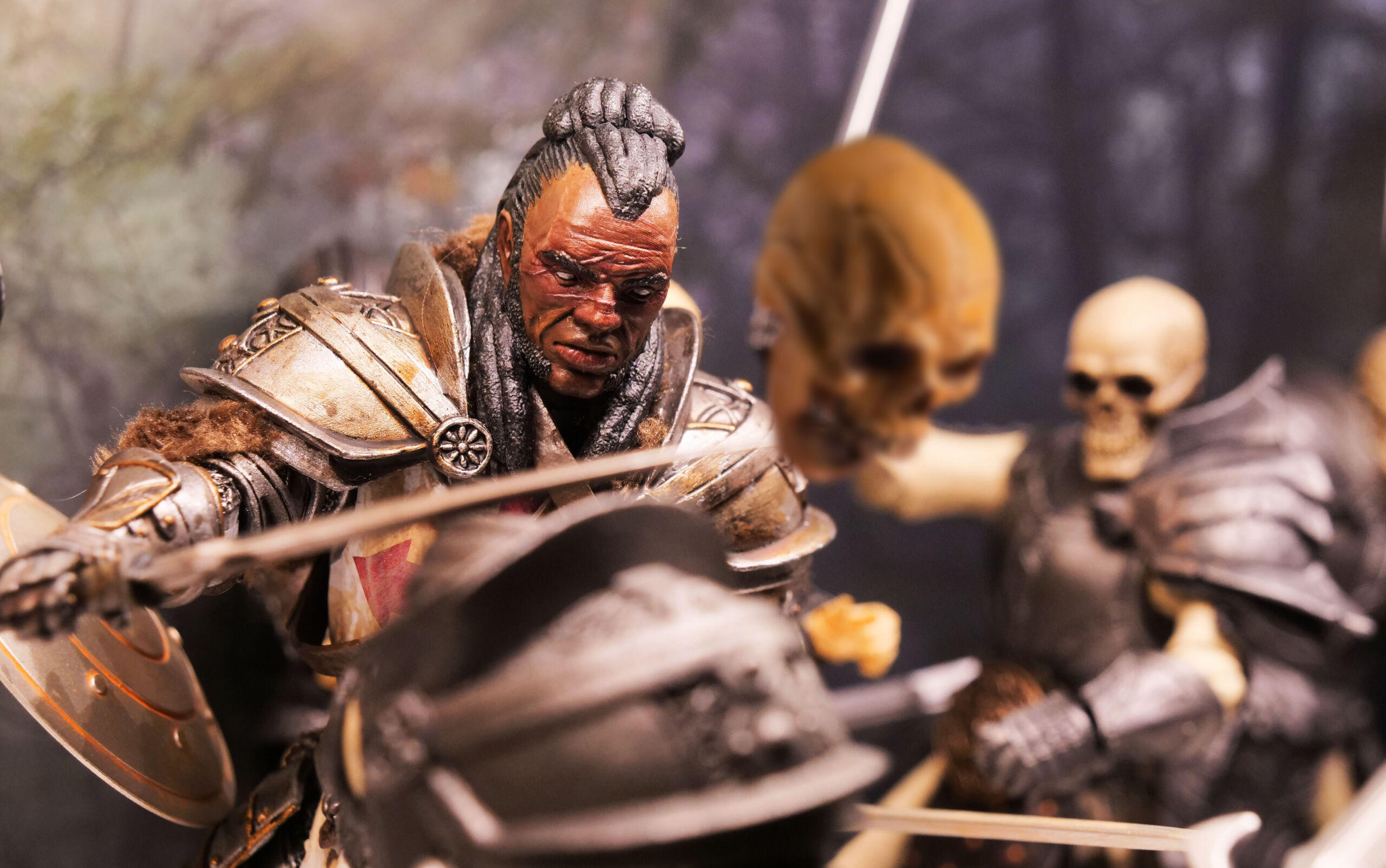 The Judge was able to fight the mad woman off, ultimately crushing her head with his mighty warhammer. The hut was destroyed in the struggle and the sick man was laying helpless under the debris, but the Judge quickly began digging him out. To his shock the man was alive, but blind.

The Redeemer never left the Judge after that. Although blind, he seemed to be able to follow the group quite well. At first he was weak, but eventually became stronger and stronger. It was apparent that the old witch had cast spells on him which caused his blindness. He was a changed man from whoever he had been before, of which he never spoke. In fact he only speaks when necessary and uses as few words as possible when he does.

The full measure of what the witch had done to him, did not come to light until weeks later when the Judge found himself within an inch of death. The judge had been bested in combat by a possessed dwarf. Moments before his enemy was about to run him through with a sword, the Judge yelled, “May you be dammed to Hell!”

The nearby Redeemer underwent an immediate change. His sight returned, his strength grew. He leapt into action with unstoppable force and quickly destroyed the dwarf that was a second away from ending the Judges life. As soon as the dwarf took his last breath, the unarmed but extremely deadly Redeemer’s eyesight left him again, and he returned to his calm distracted self.

It did not take long before members of God’s Fire began to realize the great power of the Redeemer, and that his debt to the Judge is actually a supernatural bond. The Judge is a powerful warrior by himself, but with The Redeemer by his side, he may wield the most dangerous weapon in the group. All the Judge has to do is pass judgement and sentence on a man, monster or even a group of enemies and the Redeemer will carry out the sentence with unnatural power, or die trying.