The man known as the Dragon Warrior is a mystery. There are many rumors about who and what he is. Some think he is a hero, while others think he is evil incarnate. The truth probably lies somewhere in the middle.  He is on God’s Fire’s most wanted list for a number of heinous crimes against humans. He has been known to implore the use of all kinds of creatures in his service, most notoriously, dragons.

The most common tale tells of an abandoned child around the age of seven, lost and frightened in the wilderness. The child climbed a mountain looking for a safe place to hide and at the top, found a dragon’s nest. The nest was empty except for an empty egg cracked in half. The child crawled in the egg and fell asleep. 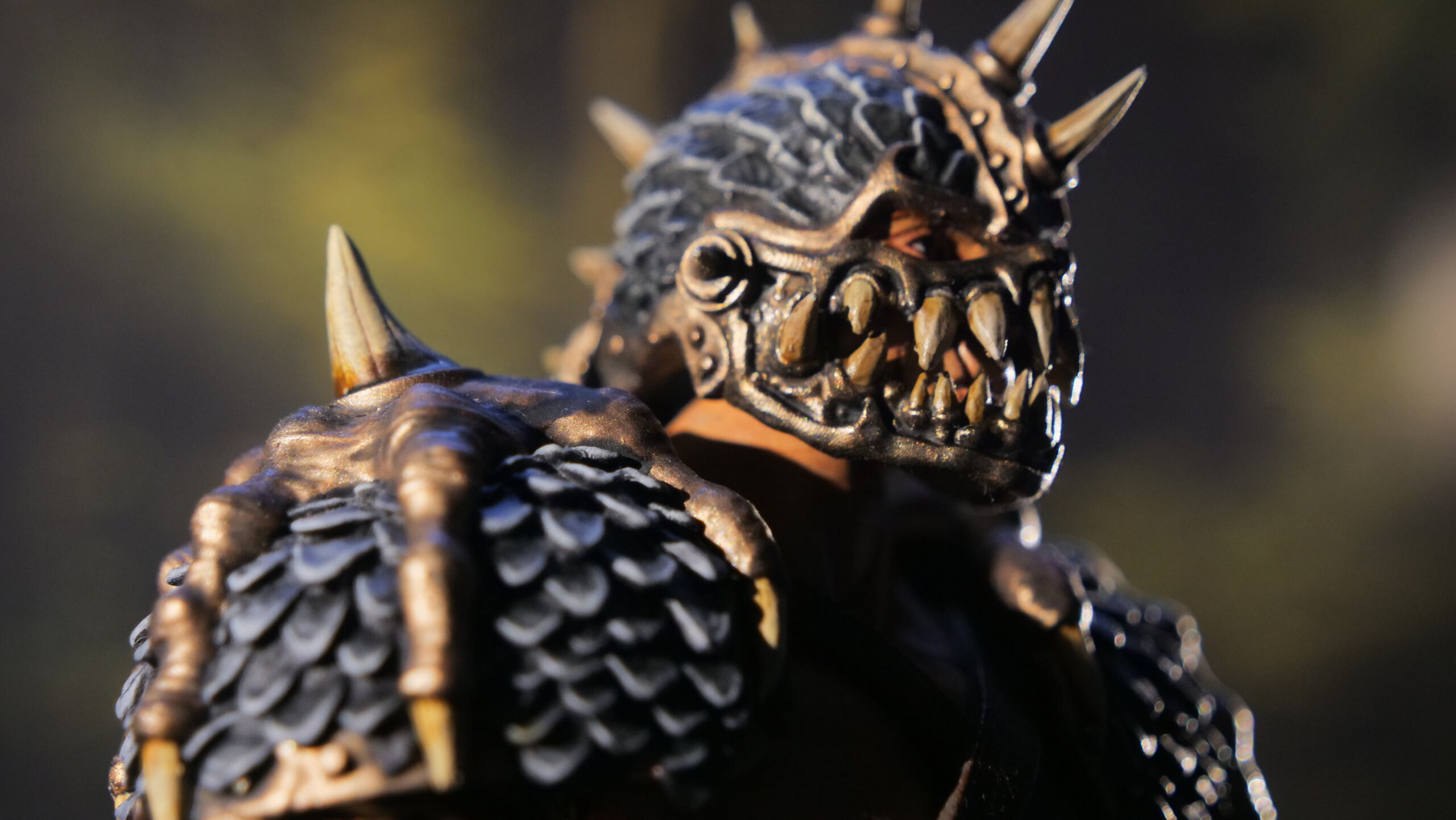 When the child woke up and crawled out of the egg there was a mighty mother dragon waiting. She took the child as her own, protected him, and raised him amongst her dragon family. When he became an adult he went to learn about people. Seeing all the war and fighting that humans seemed to love he decided he had to learn about how men fight, and he crafted his own armor made from the dragon egg he slept in as a child, and baby dragons teeth that fall out weeks after their birth.

He kept to himself mostly, learning what he could from towns, but always retreated back to his dragon community. One time, while coming home to his dragon mother, he found her being slaughtered by a group of hunters. He watched from a far as they cut the claws off his dead mother as trophies. He recognized the men. He knew their village.

The man who would become known as the Dragon Warrior knew he was too outnumbered to attack the hunting party, but he also knew their village was largely undefended. In a fit of rage, he went to the village, and massacred all the women and children single handedly. Tales of that village rang through the land, and the man in the dragon mask became known as the most feared man alive.

Those are popular stories. The truth is lost somewhere in those tales. It is a fact that a hunting village was attacked and that a man wearing a Dragon mask was seen there. Most witnesses say he was not alone.

The Dragon Warrior now leads a mob of less than trustworthy members. His life’s purpose is to defend creatures man has deemed as monsters or unholy. He is said to be associated with sorcery, witchcraft and other forms of dark powers. He is least comfortable around his fellow man, and feels most at home where others find their darkest fears.