The Judge brings joy to no one. His mother was a prostitute who raised him in the filthiest part of the poorest section of his town. He and his mother survived off of the fruit of lust and thievery. The Judge learned to steal at a young age and soon became a master pick pocket by the age of nine.

His path was set for him to live a short and meaningless life. One day some unexpected travelers came to his town. Two monks from a small monastery were looking for people that would be willing to except the life of a monk, to secure regular meals and a sturdy roof over their head. The Judge was a small boy, but he knew this was his chance. He begged the monks to take him. They quickly agreed, and he left with them without even saying goodbye to his mother.

He adjusted very well to his new life. Absorbing theology, and taking a particular interest in the punishment and forgiveness of sin. He began flogging himself to purge the sins he had committed during his previous life. When the older monks noticed blood seeping through his robes they intervened. They assured him that he had been absolved of his sins, but the Judge would not stop, and found more creative ways to hide his wounds. 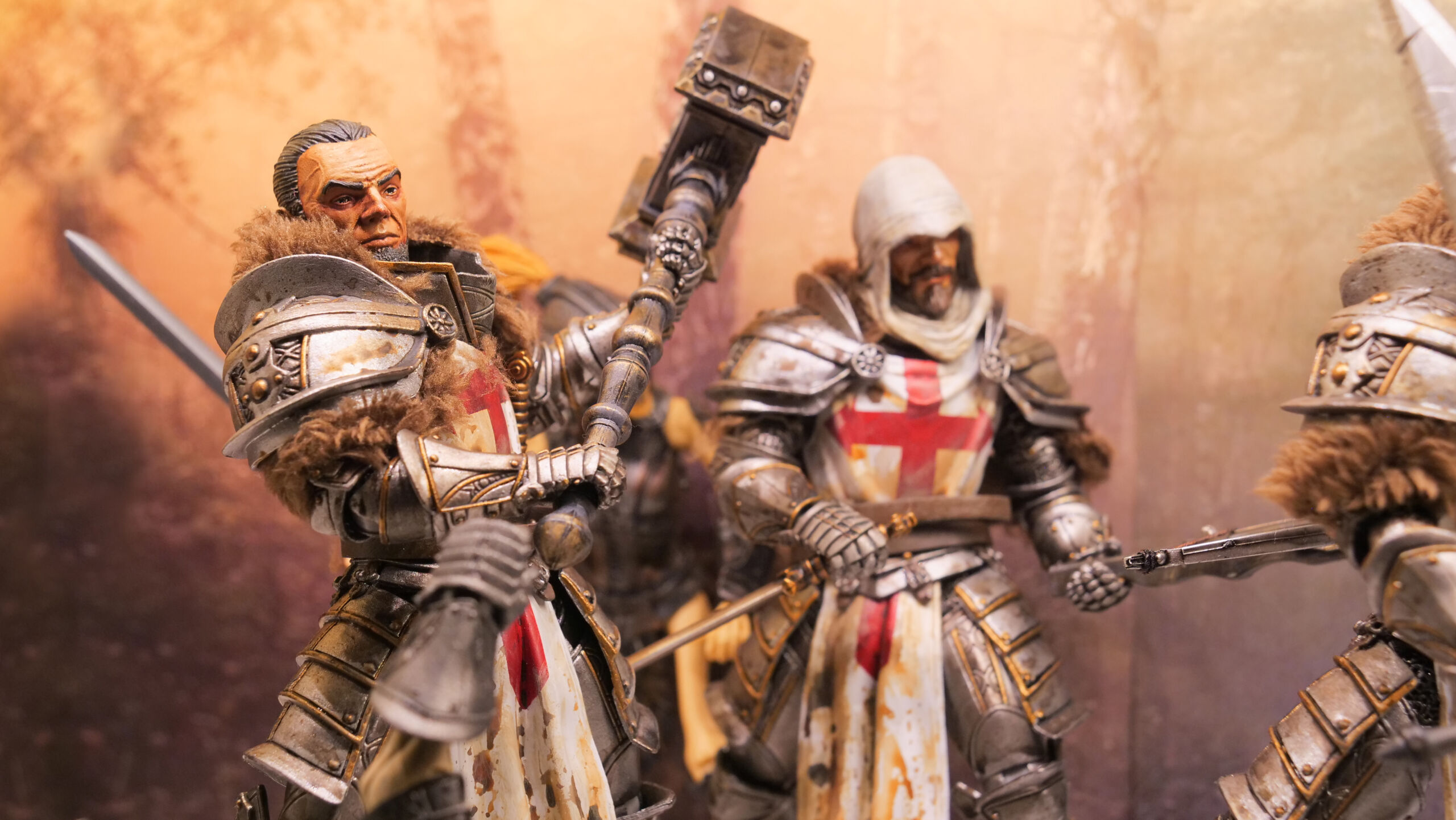 When he was fifteen years old he witnessed a vampire attack on his monastery. He prayed for his life, but was resolved to the fact that he would soon be in Hell, as he felt he had not yet suffered enough to make up for his sins of theft and selfishness. A monk about ten years older than him came out shouting and wielding objects that repelled the evil monsters, saving all the lives in the monastery. He decided then, that if he could do something as brave as that, he may be able to escape the eternal fires of Hell.

The Judge left the monastery and joined the military when he was old enough, and became a knight in the crusade. He was brave and lethal with his war hammer. He gained respect but had few friends. His disposition is cold, and he judges others as harshly as he judges himself. He doesn’t hold his tongue. He criticizes others on everything. The way someone holds their shield or saddles their horse might give him cause to deliver harsh words, even to people he’s never met before. He quickly volunteered to hear confessions from his fellow soldiers before battle, and handed out the harshest penances. In the midst of battle he is someone you want by your side. After the fighting is done, most people avoid him.

His war prowess was noticed by the Believer. Eventually he was asked to join the Believer’s small group of warriors known as God’s Fire. The Believer often regrets this decision when he gets stuck having to listen to the Judge’s complaints and constant criticism. On the Battlefield this decision pays off time and time again. It was the Believer who befittingly began calling him the Judge and gifted him a specially crafted war hammer resembling a gavel. He is fearless, skilled and unyielding, yet the most interesting thing about the Judge, may be his strange connection with the Redeemer.